“I have spent the last two to three years expressing myself on social media and having an outlet where I can be myself. I’ve been trying to make an impact in people’s lives wherever I can. Influencer-wise, I think I really began picking this as a career at the beginning of COVID-19. So like last February to March is when I said I’m going all in.” 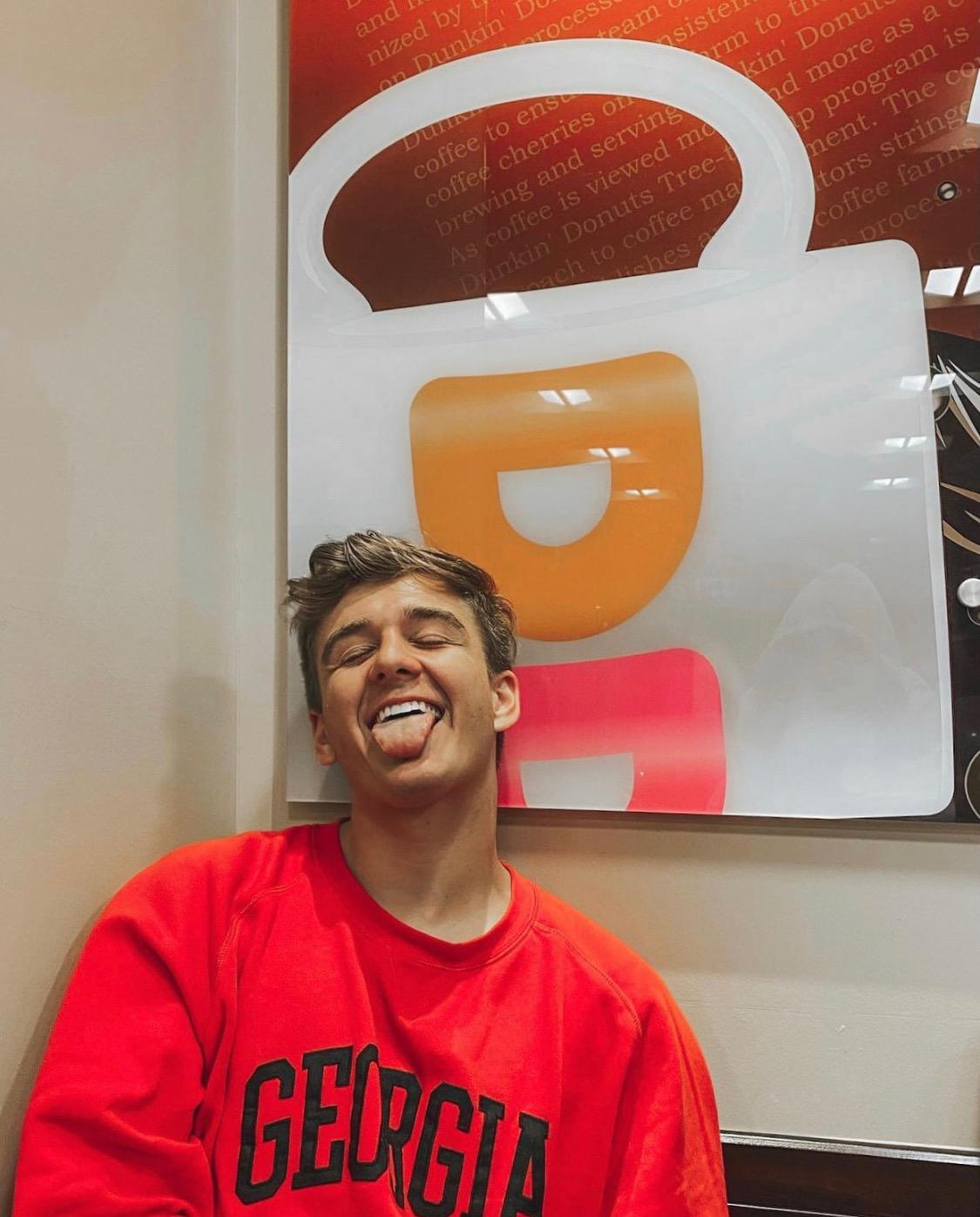 “It’s younger people going through their daily lives that just want an escape from what’s going on in the world. I never really like to do anything that relates to what is going on. I always try to make my content a place where people are not reminded about events.”

He considers his personality as central to his success as a full-time influencer. Carter’s philosophy is centered on having fun.

”Life is too short to not have fun. I feel like that is something I live by. You only have one life. I do not want to spend it all doing something I’m not happy with.”

His major influencer break came with a Dunkin Donuts collaboration. Carter credits the deal to his authenticity as a creator.

“I’ve been obsessed with Dunkin for a very long time. I have grown up with three near me. Even before TikTok was a thing, I used to get out of school with my friends and we just drove to Dunkin and got drinks. I wasn’t doing it because it was a trend or on TikTok. But then I thought, “I can do this and record it”. This was back in March 2020.”

Dunkin soon noticed and came up with a challenge. They were going to follow one person and wanted it to be someone that could show they were in love with Dunkin.

“I think I made a video where I screenshot that and put it at the back of my head. That video got over a million likes and I ended up winning. I became the fifth person they followed. They sent me a cute box and bracelet. After that, I kept making them. I am still a little star struck that a company that is in so many states and known by many people would have a relationship with me. It still hasn’t hit me how crazy and special it is.”

Choosing Clients to Work With as an Influencer

Every other week, three or four new clients reach out wanting to work with him, Carter says. Nevertheless, he does have a preference.

“I do not work with everybody. If I am going to work with a company and make an ad, I want it to be something I’m proud of and be like, “You know what? It’s funny. It matches my content.” The product or brand must be something I like. I’m very much about authenticity especially when it comes to brands. If I’m not 100% in love with the brand, I’ll definitely consider taking a step back.”

As an influencer he prefers to work with brands that will first show him what their product is about.

“Some brands send me a little box of what they have to offer. And then I can look it over and make sure I like it. And when brands do that, I’m usually more willing to work with them.”

Carter does reach out to brands proactively too.

“If I ever think of an idea where I’m like this company would love to get onto this, I will definitely let my management know and then they will reach out to them and see if there is any possibility for that.”

Aside from Dunkin, he hopes to work as an influencer with other major brands in future such as Netflix, Apple, Disney Theme Parks, Universal Studios Theme Parks and Pura Vida Bracelets. However, Carter does not mind collaborating with smaller brands.

“When it comes to smaller brands, if they have a good message or a good product, then I will be in love with them. If it is something that I would like, then I would want to promote it because I know it’s a good product and has a bright future.”

While TikTok is the main platform he uses for content creation, Carter is making inroads on Instagram and YouTube as well. When creating content for each platform, he modifies posts to conform with the type of content users of the platform would expect.

“So if it’s YouTube, it would be longer videos with a story arc that have like a story arc. And I’d say Instagram is a little more on the shorter attention span so the content has to be more eye-catching.”

Irrespective of platform, Carter keeps an eye on engagement metrics but says he tries not to get too fixated with numbers.

“The numbers just get overwhelming and I end up caring a lot more about that number being consistent instead of the content I’m making. I definitely do consider it though to ensure it is not dramatically decreasing or anything like that.”

He avoids deleting any of his videos even when they perform below expectations.

“Typically, I will give it time to work. Every video I make I try to make it something that I’m proud of. If it is super underperforming, I’ll consider changing it to private after like two or three days. But if it’s doing okay, I will usually just leave it up. I’d rather have the video on there so people can see it than for it to just completely go and no one’s ever going to be able to watch it.”

While he has had substantial success as an influencer, Carter insists he has yet to reach his full capability as a social media creator.“I definitely think I’m doing my best right now but I definitely have not made the impact that I want to make.”

Atlanta-based Carter Kench is an 18-year old social media star and influencer who has risen to fame thanks to his popular TikTok channel, @cringecarter. He has gained a large following with his comedic lip-syncing and musical montages that are often framed with descriptive captions. As of this interview’s publishing, Carter has 2.9 million TikTok followers, 72,000+ Instagram followers and 58,000+ YouTube subscribers.

Nora Villalobos: What It’s Like to be an Influencer in Multiple Content Spaces
Kanoa Greene: Influencer Marketing Campaign Insights from a Plus-Size Fitness Trainer